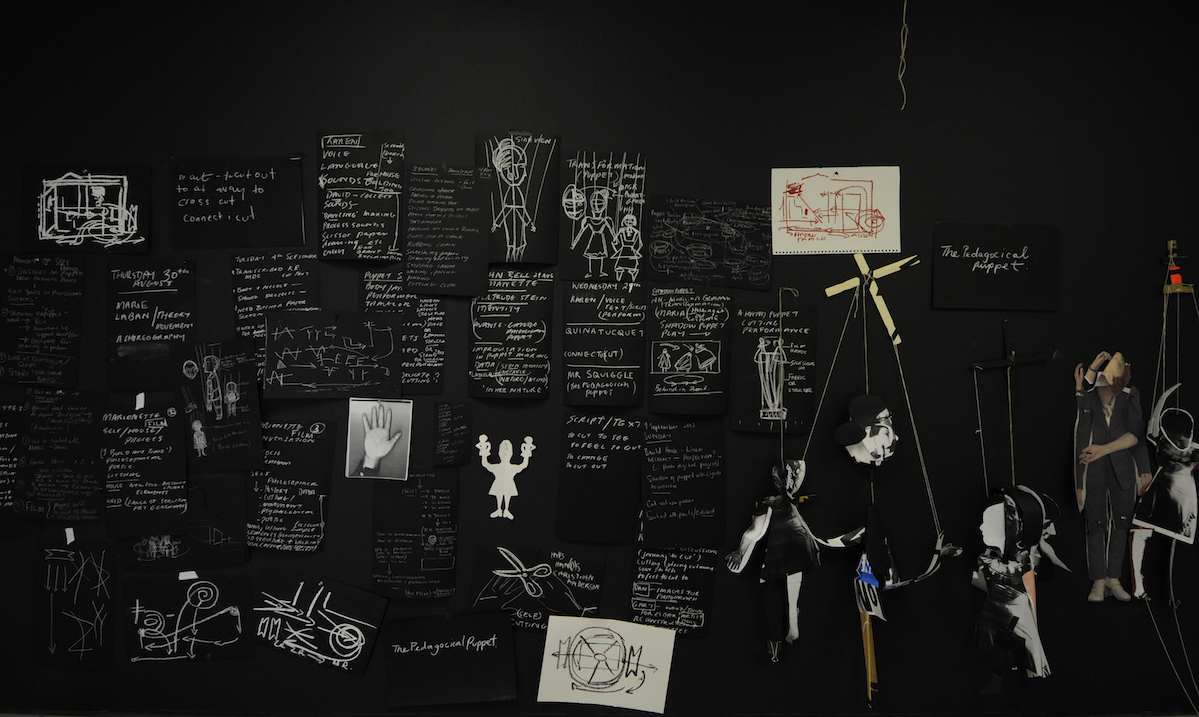 THE CHOREOGRAPHY OF CUTTING: SALLY SMART

Sally Smart’s work in The Choreography of Cutting differs from other manifestations of collage in twenty and twenty-first century art precisely because of movement. Her installations show a choreographic interest in dynamic space and group composition that emerges from her study of Rudolf Laban’s geometries and Martha Graham’s methods of dramatic assemblage, as well as her response to the disturbing qualities of a Pina Bausch scene. It is however through rhythm and the intensification of the corporeal in trace-forms, that Smart’s cutting becomes a gestural performance derived from action. The convergence between movement, gesture and modernity has a significant historical lineage in both art and social life that is pertinent to a better understanding of Smart’s collages.

So what looks like a pedagogical, didactic tool – nothing more than a teacher’s aid! an educational relic! – turns out to belong to the tradition of actively opening oneself up to the mysteries of thinking, and of making art. It belongs, so it turns out, to the tradition of thinking about thinking which believes that thinking does not happen afterwards. Thinking is involved in a project of co- creation with the world. Thinking is there not after but at the same time as.

I imagine thinking about the meanings of the world; inevitably the discourse begins with the body, a forensic activity, an external and internal examination of the body environment: clothes, house, furniture, landscape. This becomes an anatomy lesson; where dissected parts are examined and reconstructions are made for explanations. Inevitably the conclusion is like a puzzle-picture: a maze of fugitive parts; landscape parts become human parts: but whether the lines, shapes and colours appear abstract or representational there is an assemblage of parts. However, the composition is unstable, a chimera: the picture is impaired.